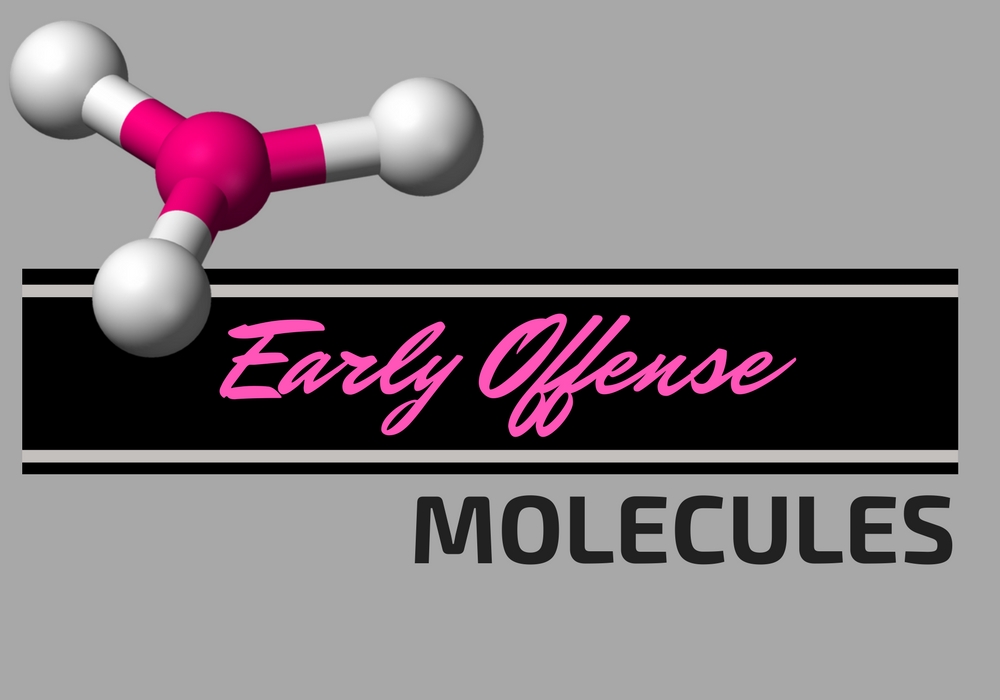 Offense, like all matter in nature, is comprised of elements. These elements are arranged and sequenced to create different molecules.

Similarly, combining the most basic offensive elements in various sequences creates offensive “molecules” that exist to create an advantage.

In transition offense the goal is first to score with an advantage. Seek first to score, then run offense. If the defense is able to neutralize any numbers advantage, then flow into offense. These molecules combine basic elements of offense to disorganize the neutral defense. Here are two examples:

The first element is the dribble pitch to the trailer, followed by hitting the wing blasting from corner to wing with the pass then getting them free with a ball screen = Pitch-Hit-Get 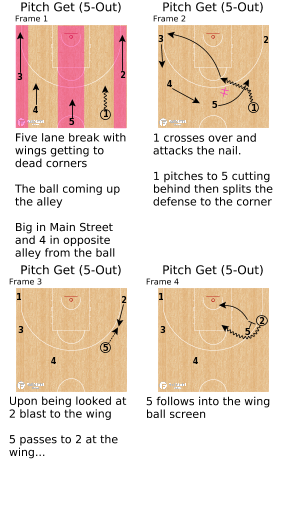 The first element is the swing, or reversal pass to the trailer. Upon swinging the ball, Player 1 down screens for Player 2 who comes off the down screen right into the dribble flip from Player 5 = Swing-Down-Flip 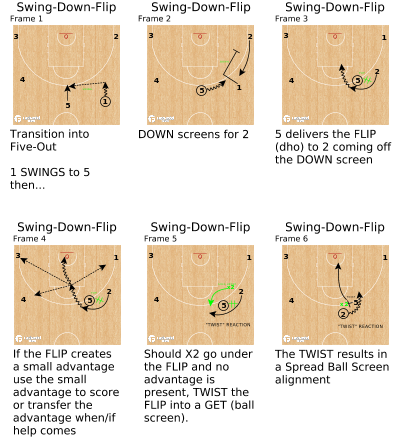 The image of Swing-Down-Flip above also introduces the TWIST “reaction.” A reaction is different than an element in that it is a read in response to the defensive tactic. The offense reads that the defense goes under the Flip and reacts by “twisting” or rescreening into a ball screen to create an advantage.

These are just two of the many examples of three-player molecules that can be fashioned from the fundamental elements of offense.

These molecules serve as a bit of false motion to get the offense to a common endpoint. From there an advantage is created and the offense manufactures points using, maintaining and increasing the advantage through its offensive principles.